How to Put Someone Into A Hypnotic Trance 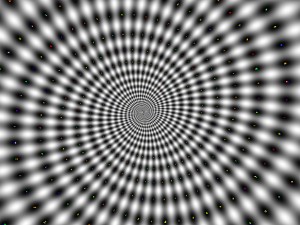 My wife was outside playing with my son. He has this little pool, and as she was filling it with water I watched my son staring at the little splashes of water. His entire body relaxed… his face pulled towards the ground. He was, at that moment – if only for the first few seconds…

Inside a Hypnotic Waking Trance

“Jump Micah!” I said to him as he was in a trance, without question or thought both feet went up off the ground. He then looked at me with an expression on his face “Why did you want me to jump, daddy?”

It happens all the time. It’s a natural occurrence. You do it. I do it. Everyone does.

How can you tell if a person is in a trance?

Have you ever talked to a person that was reading a book or magazine and they didn’t hear a word you said? This isn’t a time to get mad at them. You’re the one being rude.

Have you ever seen a waitress in a restaurant go from one table to the next? They are in a trance. They are running on their own auto-pilot programming. They’ve been doing the same thing so many times they don’t even have to think about it – they just do it.

The truth is, quite simply – people are in a trance state that can be exploited at any point in time. The more relaxed they are, the easier it is to influence them.

Listen, before anybody decides to do something, they will go into a trance – whether it is an automatic choice or not. Let me explain…

Imagine a person that loves sweet luscious chocolate. Before they eat it, they might imagine opening the wrapper. Their taste buds might tingle. Their mouth begins to water. And like a doggy at dinner time they hunt it down and gorge themselves with chocolate.

Then again… these images might have happened so many times before, they don’t even realize they’re doing it and just eat the chocolate without consciously thinking about it. The images – at the blink of the eye pass through their conscious awareness and feel the need to “eat chocolate now.”

Look, at any point in time, people are going to be in some sort of a trance like you were just as you read about the chocolate. You’re probably STILL thinking about chocolate.

Anyway, there are visual clues as well as options to induce a trance. It’s up to you to either catch them while they’re in one (like I did with my son), or manually put them into one (as I did with you when I talked about chocolate).

You see, you’ve probably already heard that the brain is a super computer. Scientists haven’t even scratched the surface of all the possibilities the brain is capable of. In any case, we do know a lot about the brain and how it functions. And most of all…

How To Hypnotize People By Leveraging This Knowledge

To make it simple, just imagine the brain has two functions -- To think consciously, and to run on autopilot. If you want to get people to do what you want, what you must learn to do is understand what drives people to act on autopilot.

You must remember that people have their own ways of processing information. In the scientific world it’s been called a number of things but I refer to it as “Internal Maps of Reality.”

When I ask two different people to think of a bug, one might imagine a fly, while another might hear a buzzing sound internally… that is not to say they both won’t see an image because making images in our minds is something we all do.

In fact, hearing, smelling, tasting, touching, and seeing is something we all do in our minds. Some of which we will do more dominantly than others but it’s all there, somewhere – even with the parts we don’t notice. The parts that we don’t notice we do so well it happens in a split second.

If you still don’t believe me that you can visualize in your mind, remember the last movie you watched and choose a scene that you would talk about with someone you feel comfortable sharing it with.

Who do you feel comfortable sharing this scene with?

Do you see them?

See? I told you that you can think in pictures.

Now when you imagine the scene of the movie I asked you to refer to, you’ll probably recall sitting on your recliner or sofa, yumming on a bowl of ice cream, and you then might see the outline of the TV as you notice the light and the picture coming into focus – and there’s the scene!

I think you “get the picture.”

So, a good way to learn when people are in a trance is to simply observe them. Keep a keen eye out for when they seem to “go into a mode.” They are in a trance.

Here are some visual clues they are in trace:

They will stare straight ahead

They will point their eyes up towards the sky

They will squint and look intently

If you want them to go into a trance, there are plenty of tools you will learn in my book that will allow you to do this with the utmost ease of application. But here are some ideas:

Interrupt and finish their sentences in a playful way

Using What Other People Say

The most important thing, however, is to learn to recognize what state of mind a person is either currently in, or going into. Matching it, and then leading them out of it.

Visual clues people give you are genuine. They cannot be faked unless they were trained by the CIA or spent countless of hours like I have to hide them strategically.

This is the basis and foundation of what makes covert hypnosis work. If you fail to observe others, and avoid learning to notice when they are in a trance or not – then you’ll struggle getting them to do what you want.

Instead, you must learn to understand their internal map of reality. What pictures do they see? What level of time do they mostly focus on? What emotions must they be feeling in the present moment?

Once you know the answer, ask yourself how you can get them to focus on something else.

P. S. You can learn how to do the above strategies correctly inside my book "How To Hypnotize Anyone Without Getting Caught" Get it now if you haven't already. 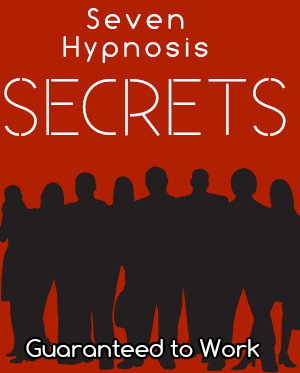